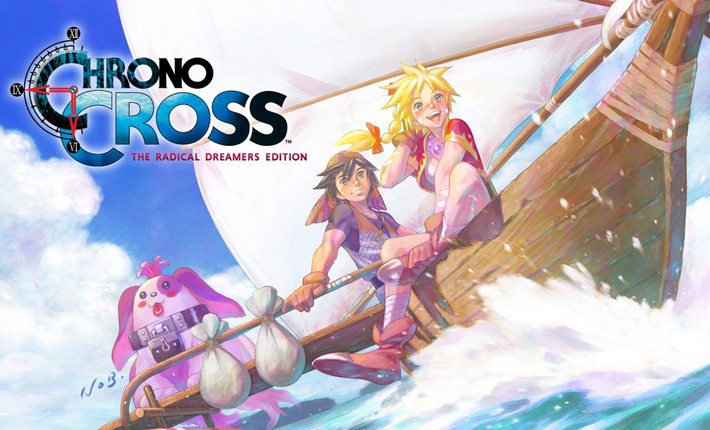 Chaos Theater Redux is a Features series that follows up on topics previously discussed during the podcast’s 2011-2017 run.

I was really looking forward to talking about Square-Enix’s new bundle of a remastered Chrono Cross and the first officially translated port of Radical Dreamers, but the conversation has altered from one of nostalgia to one of deserved irritation. How could a game that ran decently on Sony’s first console have trouble running on literally every modern console? PC included? It’s baffling and more than likely an issue stemming from yet another case of missing source code. Will it ever get a patch fixing the terrible performance? Who knows, considering how long it took Square-Enix to patch an audio issue in their Final Fantasy IX remaster. I’m not holding my breath for it, which leaves me plenty of air to talk about why I was excited for this bundle in the first place.

From what I remember from Chrono Cross’ release in 1999, it was hyped to oblivion in every magazine I read at the time. Really, I didn’t need the ads and previews to get me excited. Chrono Trigger (Ed. note – we discussed Chrono Trigger in episode 5) is probably my favorite game of all time and once I heard there was a sequel I needed it then and there. It came out on the tail end of summer 2000, which would be the perfect way to cap off the near apocalyptic heat that would be blasting the city of Miami.

I picked up the game and devoured it, eager to get more of what I loved from its predecessor. It looked beautiful, sounded even better, and challenged me in different ways than even I expected. Its story, earnest and melancholic, lacked the bountiful enthusiasm and hope from the SNES classic, a tale of consequences after drastic action. It played with concepts that a 15-year old would have little need for beyond explaining just what the hell happened to Crono, Marle, and Lucca. I replayed it many times to find all the endings, recruit all the characters, and find whatever connective tissue with CT I could find. After about three months of excessive examination, I finally put it down, but it never really left my mind.

Since the summer of 2000, I’ve picked up CC every couple of years to find what really stuck with me. Yes, I loved the character designs, as goofy as they occasionally got. Yeah, that soundtrack is one of the best ever made, regardless of genre or platform. But really it was the this kind of sad story that I wanted to experience again. A story of somebody whose fate split off at a point earlier in their life and they got a chance to see how it changed not only their close ones, but literally the world itself. And really, I appreciated it on a superficial level. The last time I played I was in my mid- to late-20s and thought I had finally gotten everything I wanted intellectually from it.

The release of the remaster gave me another excuse to dive in and see how nearly 40-year old Pedro would feel. I had been thinking about CC again, contemplating another go at Serge’s world. Having a visually spruced up version would be great. Well, sometimes the monkey’s paw curls its finger and you get what you want.

The remaster, officially titled Chrono Cross: The Radical Dreamers Edition, gives you the option to play the game in its original mode or the remastered mode. What you should be getting with remastered mode are updated character portraits, updated character models, HD Text, re-orchestrated music, and upscaled backgrounds. To be fair, you do get all these things. How good they are completely depends on your taste. The new character portraits and character models look fine, the re-orchestrated soundtrack works, but the new backgrounds are rough. I imagine they fed the old backgrounds into some sort of AI upscaler and the results are hit or miss. The more successful backgrounds look almost like watercolor paintings that even impressed my partner, who had never seen CC. Most of the backgrounds have sections that are blown out and blobby. I don’t know if there were any other methods S-E could have used here, but it makes a game famous for it’s gorgeous pre-rendered vistas look like a mess.

These improvements also lead to some awful performance issues, dropping game play to sub-20 frames per second regularly and occasionally getting close to sub-10. Some of this is mitigated with a fast-forward function previously available in New Game Plus being available at the start, but that just means you’re looking at a sped-up PowerPoint. It’s inexcusable, and I have no idea how it managed to pass certification running like that.

But enough about the technical issues. I came back for the story, and this time I around I think I finally get why this story has consistently landed for me for over 20 years. As grim as it may be, it’s simply the fact that I’ve lived long enough to gain the regret and perspective of what could’ve been. The decisions I could’ve made that would’ve changed everything, for better or for worse. There’s a sliver of hope in all of that. That the decisions previously made don’t matter as much as what you are now. The dire consequences for saving Lavos ruined the lives of thousands in service of saving the life of millions, and for most of the lead characters, that’s a price they were willing to pay. Lucca’s fate is tied into saving not only a stray child, but saving an old friend. These sacrifices mean nothing if Serge doesn’t do something with the chances he’s been given and ultimately, this leads to time/reality being restored. There’s something about that that strikes a chord with me now more than ever.

Frankly, this is a product that shouldn’t exist in its current form. It’s a technical mess of an experience that deserves much better. The addition of Radical Dreamers is a nice bonus, but doesn’t make up for the fact that the base game runs terribly. That said, if you’re looking to replay Chrono Cross, or maybe experience it for the first time, this is one of the only ways to play it. Hopefully S-E will put out a patch to address the performance, and then I could whole-heartedly recommend it. As of now, it’s something you should pick up on deep discount.

A very ARTMIC mail call today. MADOX-01 has the same issues all Moderoids do (bad 80s joint design on the knees) but HJ Vintage has a lot of great interviews with Kakinuma, Aramaki, Sonoda, Miyatake, etc.

On this day in 1995, NEON GENESIS #EVANGELION premiered in Japan.

A lot of hot takes out there relating to #G_Witch that we will not QRT to elevate that nonsense, but to make something abundantly clear:

#MAHQ is a welcoming community and has no place in it for gatekeeping or bigotry. If you're into those those things, we don't want you around.