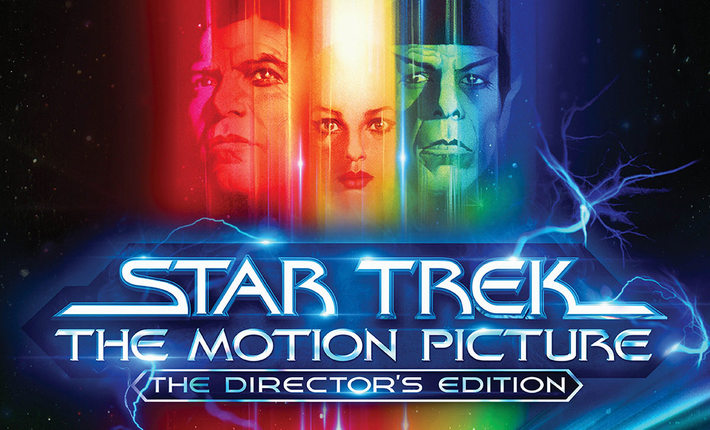 Chaos Theater Redux is a Features series that follows up on topics previously discussed during the podcast’s 2011-2017 run.

It’s not at all controversial to note that Star Trek: The Motion Picture has been a divisive film since its 1979 release. It has been derisively referred to as Star Trek: The Motionless Picture for its slow pace, as well as Star Trek: Where Nomad Has Gone Before (a reference to the the TOS episode “The Changeling,” which featured a similar story about an ancient Earth space probe getting powered up far beyond its original capabilities). For decades, I was never particularly fond of this movie, and the most charitable things I could say were that it had good production design, good special effects, and most notably, an incredible soundtrack by the legendary Jerry Goldsmith. We covered the first 11 Star Trek movies all the way back in episode 9 of Chaos Theater, and I was pretty harsh on it.

There’s no getting around the fact that TMP was a troubled production – beginning life as the TV series Star Trek Phase II for a Paramount TV network that fell through, thus resulting in the project being rebooted as a feature film. There are stories of Gene Roddenberry and Harold Livingston squabbling over the script, and of Douglas Trumbull’s special effects team crunching very long hours to get the film’s ambitious effects ready for its December 1979 premiere. The haste in assembling this movie meant that director Robert Wise didn’t have enough time to fine-tune the film in the editing process, and some scenes were abandoned due to incomplete special effects. He finally got the chance to correct that 22 years later with the 2001 DVD release of The Director’s Edition, but even then, I still didn’t love the movie.

However, in the last few years, I’ve listened to lots of podcast interviews with members of the production team, and read through the great book Star Trek: The Motion Picture – Inside the Art & Visual Effects. Collectively, these experiences gave me the desire to flush away decades of thoughts about this movie and give it an entirely fresh watch. I also read Gene Roddenberry’s incredibly horny novelization of the movie, which alternates between elaborating on some elements of the film to introducing strange new elements (new humans) to spending way too much time describing Ilia’s shower scene. In coming to this movie with new eyes, I found that at its heart, it really does capture everything that good Star Trek is about – diving into the unknown, and attempting to communicate with an unrelatable alien intelligence. This is thematic territory that the franchise has explored time and again, most recently in the fourth season of Star Trek: Discovery and the attempt to communicate with Unknown Species 10-C. This movie also captured that 1970s sensibility about optimism regarding space and the future, something that is noticeably absent in many sci-fi movies from later decades. The visual design of Starfleet Command and the redesigned Enterprise all evoke that bygone retro futurism that was part of Tomorrowland at Walt Disney World before it was renovated in the 1990s.

I just recently watched the Fathom Events screenings of The Director’s Edition, and watching this movie on the big screen gave some added perspective I’d never had from nearly 30 years of watching this movie on TV. It’s an overused cliché to say so, but this movie really was meant to be seen in a theater. Moments like the iconic full reveal of the Enterprise or the psychedelic descent into the bowels of V’ger really do have an epic feel on the larger screen, so I’m glad to have had that experience. At the end of the day, this will never be a perfect movie, even with The Director’s Edition. It probably still needed some more trimming, especially in the long minutes of watching the bridge crew react to the effects of the journey into V’ger. The movie misses the mark in some respects, but it tried something new and didn’t play it safe, and that’s something that I can appreciate for what it is.

What stands out about TMP upon re-examination is that it’s the only Star Trek movie that tried to explore big ideas – the desire for emotional connection, questioning one’s place in the universe, striving to find answers to unanswerable questions. With the exception of The Voyage Home, every Trek movie after this has focused on fighting some villain to save Earth, the galaxy, or whatever. Sometimes those villains are great – see Khan, Chang and the Borg Queen. But sometimes they’re not – see Khan (Into Darkness version), Shinzon, or Ru’afo. Every Trek movie since Insurrection in 1998 has focused on a villain who has some superweapon and wants revenge on Earth, the Federation, or the Enterprise. I don’t know what the future holds for Trek movies, but I can’t imagine we’ll ever see a movie like TMP again.

At long last, Glow of Youth by @OZKai, a bit of #Gunpla history, is framed and on the wall. So happy to have it.

Should have done this ages ago, but here’s all the Victory Gundam settei scans that I received from @Gamer101_123 last year.
Character designs by Hiroshi Osaka with dates for most of them (contains some duplicates)
https://archive.org/details/vgundamsettei